As the name implies Causeway Bay was originally a bay, between what is now North Point and East Point.  The area has been greatly reclaimed and the CWB of today is an area that was mostly water a few hundred years ago.

The reclamation has been gradual and the typhoon shelter and anchorage has gradually moved north as each new part of the reclamation was completed.  Having filled in the original "Bay" the East Point is no longer a point, but just part of the district and this term is rarely used today.

1841 - New colonial government of Hong Kong sells the first commercial plot of land in the new colony, in East Point, in what is now Causeway Bay.  The land is purchased by the Jardine Matheson Company, one of the big trading companies or "Hongs" that would go on to dominate the development of Hong Kong, particularly in Causeway Bay.

1861 - "Noonday Gun" first established by Jardine, though at this time it was an 8pm time check and didn't move to noon until later.

1940 - Vitasoy opens first industrial scale Soyabean Milk factory at a location in Causeway Bay by Sir Man-Kam Lo, it would go on to become one of the most important manufacturers in the region but it started here in CWB. 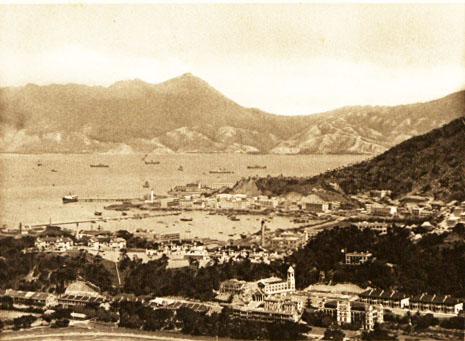